Well hasn’t 2020 been a funny old year so far!? I know that may sound rather aloof compared to the actual seriousness of the situation we currently find ourselves in but I guess as many of us are, I find remaining a little upbeat about it all helps to keep me positive. Whilst the world has been going through a pandemic the Mud-Wellies household has seen some major changes of its own this year namely, myself becoming a mother and adapting to life as a family of, actually I never can keep count with all the animals, let’s just say life as a family with Charlotte. I thought I’d write a little piece on what we’ve been up to since Charlottes arrival, lockdown life began and importantly for us since lambing started.

As many of you who follow me on Instagram or have read my previous post welcoming Charlotte (linked here) will know, she came into our lives in a whirlwind on the 3rd February. Since then we have been adapting to parenthood and the juggling of animal and baby care. I have to admit the first few weeks went past in a blur – going through the motions, learning and getting comfortable with our new roles, seeing family and sometimes finding a quiet moment to take it all in. Matthew and I have some friends in Hong Kong who were at the time already, in restrictive measures due to Covid-19. In fact, they had their baby Eleanor only a couple of days after Charlotte but due to the restrictions were quarantined on the ward for several days before being allowed home – how scary! We were worried about them and were getting updates about how the virus was affecting their lives and possibly ours in the near future. But little did we realise the extent to which things would change.

Lockdown in the UK (for anyone reading from further afield) began on 23rd March 2020, social distancing was already in place, I had been at home for a week and Matthews work had already put in place measures for working from home. I should be honest, it was and I guess still is in some way, a weird sensation here on Exmoor in lockdown. Because despite the country being housebound, life here doesn’t look much different. Yes, going into our local town for supplies has changed for example, we are queuing 2m apart along the high street to get into our green grocers who are only letting one family in at a time; but when we are at home the village is still sleepy. People walk their dogs or ride their horses past the house and delivery vans, tractors and the postie is about the majority of the traffic we see. Although, the strangest and starkest reminder of the times we have been living in was when Charlotte had her eight week vaccinations instead of the usual procedure, we were seen in the car park (thankfully it wasn’t raining) with both nurses fully gowned and masked up. Something I won’t forget in a hurry and luckily Matthew got a photo so we can show Charlotte when she is older.

Whilst in lockdown, lambing season has been in full swing for many unfortunately this year hasn’t been our greatest. We’ve had a few issues but thankfully we think we are now coming out the other side {fingers crossed}. Our first lambs arrived on the 11thApril – nicknamed Tweeny and Titch, as you can probably guess, because of their size. Titch was especially small and got ill quite early on but thanks to some penicillin and TLC he is now fine. In fact, causing quite a stir with the other lambs playing out in the field! Our second ewe lambed a day or two after but unfortunately, she could not provide the milk needed by her lamb so we were having to top-up. That is, for anyone who doesn’t know, giving the lamb extra milk throughout the day to ensure she had enough to eat. And so, our days became a cycle of feeding Charlotte and feeding lambs. On top of this we had a set of triplets and another set of twins. Triplets, as my Uncle calls them, are trouble! This is simply because sheep only have two teats so it is difficult for them to look after them all without help. At first, with extra food their mother could sustain all three lambs however when one of the them got poorly with Joint ill (a disease which affects the joints in young lambs) he started falling behind the others, so we made the hard decision to let the other two go on with their mum and we would raise the third. Originally, the lamb we were already feeding was also going to be raised by us as well but due to an unknown illness we sadly lost her one afternoon despite all our efforts. We were therefore left with one little lamb to raise who, if you’ve seen the insta stories you’ll know, we have named Larry. 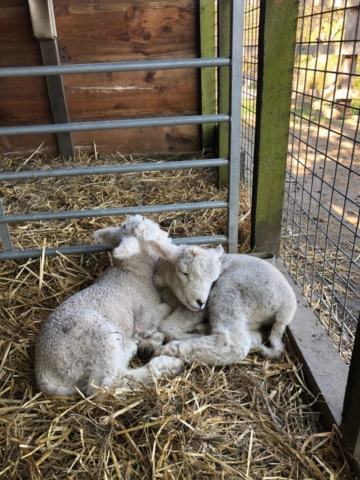 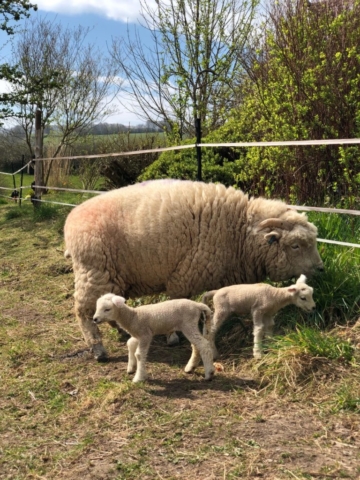 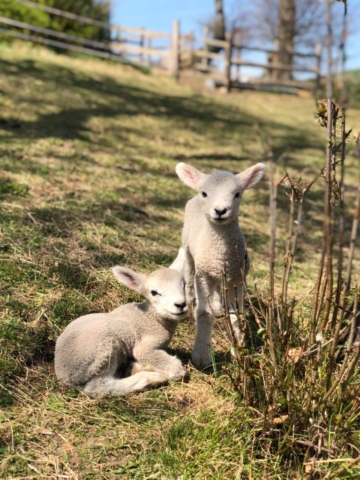 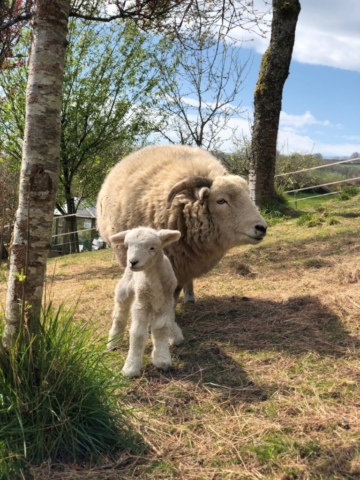 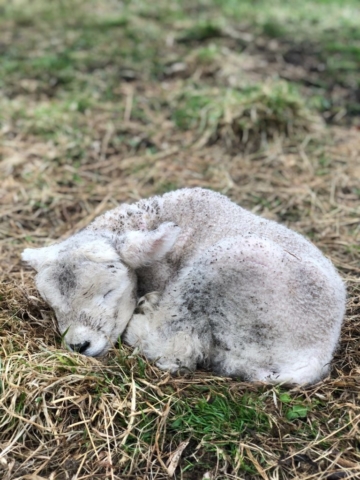 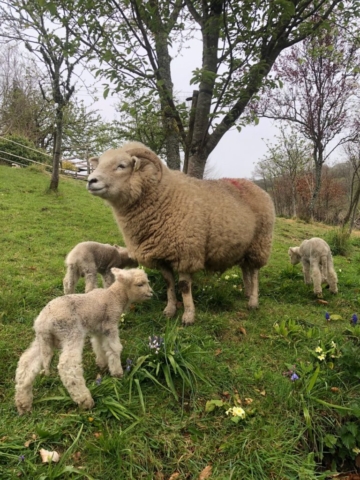 Larry has quite happily made himself part of the family, at night he comes into the house for protection being shut into a dog crate so he doesn’t poo & pee all over the house! Clover and him have become best friends and he’s made lockdown just that little bit more interesting. 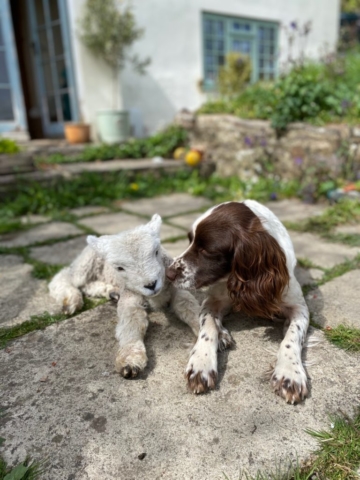 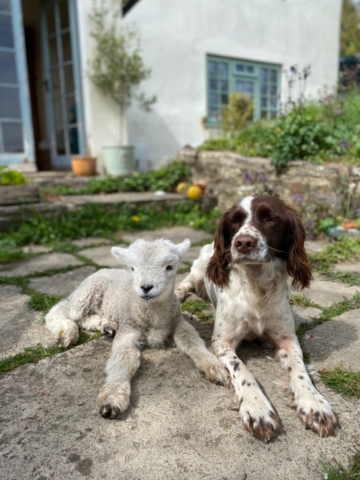 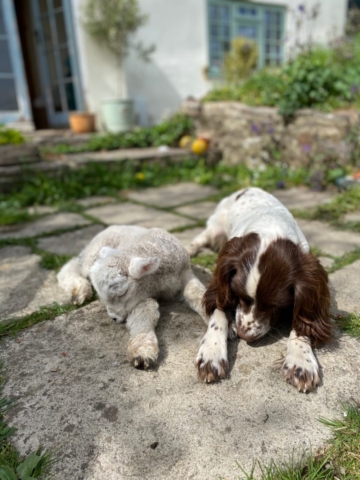 One of the hardest things I have found in isolation is the family, mostly the grandparents, not being able to see Charlotte. For almost half of her life so far, she hasn’t been able to see family or friends. This has been really difficult mostly for the fact that she seems to change almost daily – discovering a new noise to make, learning to follow objects (or the cat slinking about the room in our case), rolling over and grabbing onto objects. These are all things she has learnt to do recently and we would love to share with our relatives, thank goodness for video chat being able to give a little insight, although it’s never quite the same as in person, is it?! The one silver lining (and it’s a big one) is Matthew being able to work from home. Normally, he would be commuting to Bristol on the train taking about 2 hours’ door to door. Being at home has meant he has had the opportunity he never would have otherwise been given – hundreds of extra hours spent with his little girl. I also should be super thankful for the for the company, after all Charlotte is terrific but conversations are, as of yet, a little one sided. We have also been using the time to get Charlotte into a bit of a routine – I’ll be writing a blog about this soon so watch this space. 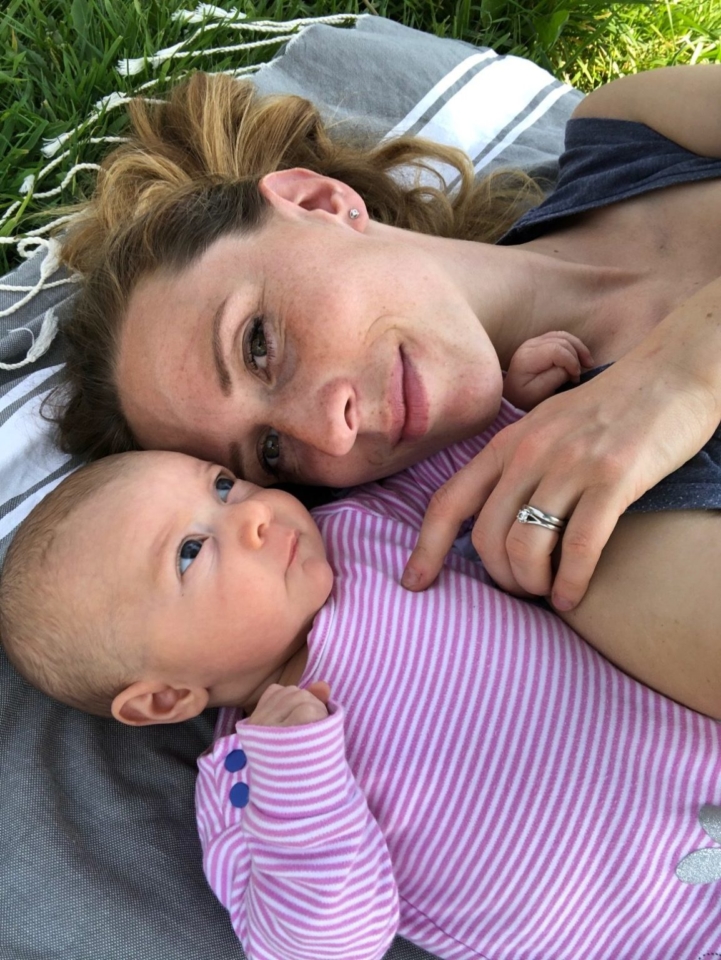 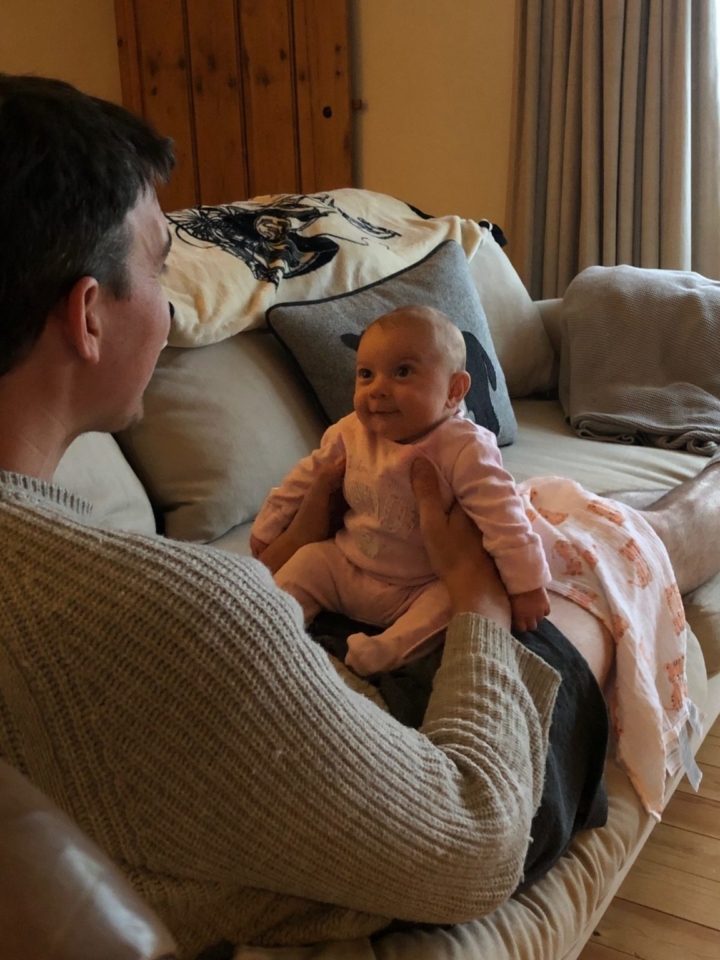 Generally, our days during lockdown have started to merge into one. Apart from animal husbandry and baby care we’ve been gardening when its sunny {including creating our new veg garden blog to come soon} and planning DIY bits when it rains. The dogs are going crazy from doing the same 3 walks and the house seems to be a constant tip/dusty. Where does it all come from?! But we have discovered a few new series to get into including Mind Hunter on Netflix which I would highly recommend, they’re already on season 2 {we’re behind} but loving it so far. Plus, lots of baking – banana cakes, brownies and flapjack. It seems there is always one of these ready in the oven or cake tin (I’ve linked the recipes I’ve been using incase you fancy giving them a go). Anyway, how is your lockdown life going? I’d love to hear what you’ve been up to or not as it may be the case.